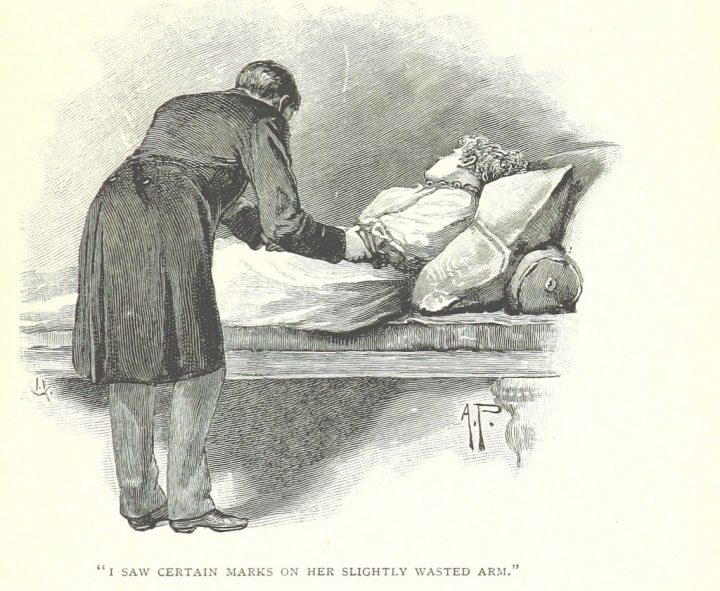 Dr. Hackett is a doctor known to have been in contact with Shannan Gilbert in the hours before her death, though it is not clear exactly when, or exactly what happened.   With this sorely afflicted Neptune, expect him to be quite the liar and fantasist, like his friend Michael Pak.  I would also expect both of them to be substance abusers.

This is another unusual chart with I don’t know how many unusually-configured T-squares.  It poked me in the eyes when I saw it.

First things first, Sun is in Aquarius, Uranus is the ruler of this chart.  Uranus is an inventor, not a doctor.  Would be expected to have the bedside manner of an electrical engineer.  Very likely to come across as a quirky or odd guy that never quite fits in, like the Professor from Back to the Future but really gross and into prostitutes.

I am going to refer to his Sun+3, because of the conjunctions/combustion of Mercury, Chiron, and Pallas.  I am beginning to wonder if Chiron stands not only for the part of us that experiences loss and survives, but as the mortal wound itself, especially when combust.  Chiron is a fragment of a destroyed planet.  I have been thinking of it as the survivor for that reason, because I am normally doing the chart of someone who is still alive and just fine.  But of course there is the planet that was destroyed, too, the indicator of what does not survive.  Chiron is also the wound that will never heal, literally.

Basically Hackett’s Sun has a little entourage in Aquarius.  The Sun is the ego, the sense of self.  I will call Hackett’s Sun severely afflicted, in a T-square opposition his chart’s ruler, Uranus.  So Uranus is also afflicted, not so great for the chart ruler.  The apices of his T-squares are Neptune conjunct Vesta and Mars conjunct both Dejanira and Antares, flanked by them on each side at exactly 3 degrees apart.  For the investigative asteroid/fixed star roundup, in no special order:

Hackett has a Neptune conjunct Vesta T-square apex that could either be late in Libra or early in Scorpio.  I don’t have a birth time for him, so I have to go with what I know.  Hackett was at one point approached about the murder of Shannan, and feigned a medical emergency.  Looked like a complete idiot, pretending his defibrillator went off.   That’s not a thing, believe me.

Anyway that suggests a late in Libra placement.  The whole idea of deflecting an unpleasant conversation with pretending to have your balance disrupted, that screams of a Neptune apex in Libra.  Deflect, smooth over.  Make everybody immediately de-escalate based on a pretense, change the conversation.

Hackett’s Venus is pretty miserable.  She’s opposed by both Jupiter and Pluto, and square Mars and all his friends, especially Antares.  The first thing that came to my mind when I looked at that was that she’s the old ball-and-chain, the drag that kills his good times.  Like that time when Homer got sick and tired of Marge and the kids holding him back.  He is probably verbally abusive and passive-aggressive to women.

His wife may actually be bitchy and high-maintenance.  Because I don’t have a firm birth time, there is no information on houses or angles.  Hackett has Juno the Spouse either late in Sagittarius or early in Capricorn.  Either way, my sense is that Mrs. Hackett’s key phrase is going to be “in the manner to which she is accustomed,” when I dip into her chart.  She is going to be a ball-buster either way.

In early Capricorn, his wife would be counting every penny and riding his ass like a horse in a saddle.  Late in Sagittarius,  I expect she blows through money like Trump at a golden furniture sale.  Either way, she is a buster.  Juno is about 12 degrees away from that Mars+5 mess, Saturn, Dejanira, Toro, North Node.  So if Juno is in Sagittarius with the other stuff, his wife turns a blind eye because they are on the same page about how they should live like royalty.  If his Juno is in early Capricorn, the friction probably comes from a very financially sober wife resenting his obnoxious party spending and general excesses.

My initial sense of Mrs. Hackett is that she doesn’t care about the pill mill, she likes to spend money, though that is more an intuitive hit.  I will find out more about her from the investigator and her chart.  Venus is also square Hackett’s Mars and Antares, adding to the idea that she is a buzzkill for him and vice versa.  Broads hate it when you go to weekend-long card games at a strip club.  I don’t know that Hackett did that.  But he would love that kind of shit.  He feels like life should all be that, every day.  It may be that he needs to come up with big wads of cash for her in ways that really piss him off.  One way or another, women screw his money all around because of his old-time chauvinist mindset.

Pluto and Jupiter are conjunct in that same T-square, late in Leo and retrograde.  Leo is ruled by the Sun, and those two planets especially together, make for one who really wants the royal treatment, to be a high-roller, the big man, the shot-caller.  Hackett’s Sun is already in deep kimchee.  This whole thing refers back to his Sun.   It’s all about his ego.  The Pluto/Venus friction especially indicates someone resentful of his wife, constant control issues with her.  In fairness that probably also added some heat to their relationship, maybe.  Gross.  Like Netanyahu and his gross little gargoyle wife, it was love/lust at first sight.

Jupiter really needs to be looked at here too.  Hackett has Jupiter directly on Regulus, which is of the nature of Jupiter and Mars.  This can be reflected in his success with his medical practice, despite his probable lack of connectivity at the heart level to individual humans.  His locomotive chart shape would help him be more accomplished than he would otherwise be, and the extreme T-squares make him very conflicted inside about a lot of things, very stirred up internally and highly motivated.  So he has a very high degree of drive personally and intellectually if not physically or emotionally.  Hackett also has a lot of action in both Sagittarius, Jupiter’s sign, and Venus in Pisces, a sign he co-rules.

This is a really complex set of dynamics.  Looking at the Jupiter/Pluto conjunction on Regulus, my sense is that Hackett feels like he deserves to be king so bad he can taste it.   The sense of entitlement, and visceral anger at the world’s indignities, would be intense.  This is squaring his Antares Mars, aggravating that desire to smoke cigars and have ice cream for breakfast and do whatever the hell he wants unimpeded at all times.  If you want to throw Hackett off his game, redirect him in small ways.  Make him move from one chair to another, or put someone else in front of him when he’s waiting.  I imagine he can get very pissy and melt down, though he is generally passive-aggressive.  But overall he fights intellectually, not physically.

The thing that made me feel like he was misusing his medical license was Saturn.  It is in that Mars ensemble, and is very closely conjunct Dejanira.  Here Saturn could be late in Scorpio or early in Sagittarius.  So I again go with what I know, the few details I have about him and the other elements of his chart.  I will say that either one might fit; he has allegedly breached his fiduciary responsibility by overwriting prescriptions.  He had no legitimate reason to be in contact with Sunshine near the time of her death.  There is a lot of secrecy around his activities.  That sounds like late Scorpio.

However Sagittarius is where the action is in this chart, and based on his Jupiter, I suspect that his excesses simply did him in, got him on a slippery slope.  He did things to feel good and have fun, at the expense of his responsibilities.  His place of responsibility, Saturn, is directly conjunct Dejanira.  So as with Stephen Miller, that placement represents victimization in his life, both pitch and catch.  He is likely to victimize others through his professional standing, and be victimized through it as well.

So his criminal profile, what I would expect to see in criminal behavior: