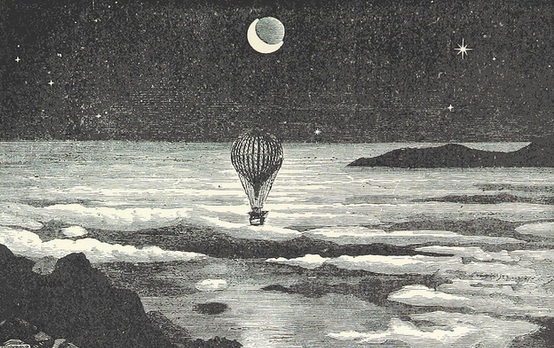 Gentle reader Sandy has a very challenging Mars ruling her chart.  After some reflection, I feel that the best way for her to achieve the goals she has written me about are to work with her Moon and Neptune.  And she is a great example for the basic concepts of those two planets of intuition and imagination.

With Mars ruling the Sun in Aries, Mars is the chart ruler.  Venus and Saturn are conjunct, at the head of an energetic fulcrum, and thus also very important here.  This is a tricky chart and I don’t want to get too deep into the weeds.  But you can see that with the dotted and dashed lines this is some tricky business.  It’s all ruled by Mars, which is in its worst possible sore spot, conjunct fixed star Antares or anti-Ares, anti-Mars.

So I happen to have a very strong reflection to Sandy’s chart, which features a very prominent Moon — Moon in her own sign of Cancer, in the 12th house at the head of a T-square, and ruling the Ascendant.  Very busy Moon, both very strong and under heavy attack.

The theme of projection is pronounced in this chart, with the Ascendant-Descendant issues and the Moon in Cancer in the 12th house.  The Moon is the reflective luminary, where we look for the parts of life we have difficulty describing or putting a finger on.  The Moon is where we find moods, dreams, and emotions that are felt in the body, like when someone frightens you and your stomach lurches, or someone compliments you and you blush.  That’s the body showing the back-end experience of the life.

It is probably difficult for Sandy to notice or trust in these things because of her childhood — speaking from personal experience.  Parental gaslighting like I experienced and like Sandy probably did can only complicate this; you know things aren’t right or healthy, and parents scold you and tell you yes they are.  I came to associate social discord and suffering with my intuitive gut-level knowledge.  I was told it was always wrong.

Anyway let me show you Sandy’s chart right next to mine.  It makes perfect sense to me that she was attracted to my blog, because I strongly reflect her chart conditions.

Do you see how this reflection theme arises?  Sandy can relate to me because we have some key opposite reflections.  And that’s Sandy’s theme overall:  MIRRORS.  The Moon is a mirror of the Sun, like the photographic negative.  Other people are mirrors of ourselves.

So Sandy saw things in me that she liked, and went from there.  This is how people operate, consciously or unconsciously, happy or unhappy reflection.  I have learned over the years that everyone and everything is actually neutral, having only the meaning that I assign in terms of my own experience of them.  This is a tricky concept, but it’s really the key to living through the kind of trauma I have experienced.   You have to own every minute of it, even the parts you can’t understand or don’t seem to be about you.  If you’re experiencing it, it is in some way about you.  Neptune is about incorporating and integrating everything that happens, tying it all together with the ribbon called “you.”

And there’s one more thing I can reflect for Sandy:  I have a very strong Neptune, the handle of my bucket chart.  Sandy’s I think is pretty good, has a lot going for it.  But mine is working very well with my chart-ruling Moon, now that I’ve learned who I am and what my life is about.  So I appreciate this opportunity to share my Moon-Neptune superpower, such that it is.  Sandy is well-situated to follow my lead for success, I think.  Mirroring.

The Moon is about mirroring the Sun, remember.  She also moves the tides.  In the same way she can make your blood boil or run cold based on your emotional experience.  And this is where Neptune comes in.  Neptune is where we either connect to the higher self, or don’t.  When you intuitively know how to help yourself, when some little voice inside you tells you to run, that’s Neptune sending a message to your body, which the Moon picks up in the way of gut feelings, hair standing on end, etc.

That said, a lot of things can keep us from heeding those little voices, that inner knowing.  As I mentioned in the video, Sandy wrote me about her higher self being a chick in a shimmery gown.  The idea that the higher self is something other than you, that’s wrong headed.  Your higher self is what Sandy has actually been asking me about, the better version of who she already is, the happiest, most fulfilled form of her life.  My suggestion is to begin looking at life itself as the higher self.  When it gives you things you don’t prefer, those can be seen as challenges that bring you to where you do want to be.  But you have to trust that there is a higher plan and purpose.  I think Sandy’s Neptune should be strong enough that she can do that.

So if you think about the Moon, that way that we reflect each other, how we see ourselves in other people, that automatically suggests projection.  There is no way for people to avoid projecting, seeing ourselves in the words and actions of others.  Whether we own that or not is a different question!!  See how these two work together?  So we can beef up our Neptune by being willing to incorporate or integrate every single thing about the life, whether we like it or not.  That’s what Neptune does, it’s our point of integrity and thus integration, wholeness.  Sandy has a prominent Saturn that is set up to discourage her from wholeness and instead steer her toward compartmentalization.

I think of Sandy’s 12th-house, powerful but challenged Moon as like someone who has the mirrors on their car at some askew angle.  The 12th house is like the back of the native’s head, that which others can see but the native themselves cannot — without a mirror.   So Sandy has written me about multiple discomforts in her life, attracting negative people and situations, unable to attract what she wants into her life.  All of this is like someone who has trained herself to drive in the very odd position she needs to sit in order to see where she’s driving with her mirrors all askew.  It would cause cramps in the neck and arms, or in the life.

So because Sandy is configured with her superpower on the back of her head, it’s going to be her challenge to learn to see herself in everyone she deals with, every time.   Know that it’s never really the other person you’re angry with, always yourself — even if you’re angry with the part of yourself that you’re unaware is you, aka your life.

The challenge that I see Sandy facing is all too common; we feel like our brains need to come up with solutions, and then our bodies should make them happen.  And then other things happen that challenge our decisions, and it’s easy to feel like those things are irrelevant or outside of us — but of course they’re not.  If you begin thinking of your higher self as the part of you that you call “life,” it may help renegotiate your understanding of intuition.

One example that has become very clear to me recently is my physical disability.  In recent years I have come to need a walker to walk with.  I really can’t go very far even with it, but without it I’m in real trouble.  So having to carry around a large piece of equipment everywhere I go has helped me resolve some other issues in my life, namely boundaries and holding my ground, insisting on taking up my share of space in the world.  (I have a 12th house Sun, so this is difficult for me.  I don’t relate to my ego the same way other people do.)

So I can shake my fists at life for having crippled me, or simply recognize that in resolving this challenge I resolve the larger challenges in my life.  In other words, this one challenge is a way of breaking my lifelong issues down into bite-sized chunks, so I can become the person I have always wanted to be.  And let me pause here for a moment to say that to a great degree I have done so.   I notice more and more all the time that I have behaved in ways I’m proud of, even under great challenges.

So that is another way to think about the higher self.  It’s the part of you that will be ultimately accepted by all of Creation, the part of you which is enduring and everlasting.  For me it was a huge challenge to believe in this divine part of myself, that God had some stake in me, that my life mattered.  But that’s the key to your healthy Neptune.  You have to know that you belong on this planet, that you are appropriate and worthy and valuable no matter how you were raised.

I get that that self-esteem challenge is going to be tough for Sandy for a few reasons.  Her Ixion is positioned to make betrayal by loved ones a prominent and painful theme in her life.  She is very likely to have internalized the blame for her abuse, as I did.  Sandy’s overall chart factors with the Antares Mars, the Ceres Descendant, 12th house Moon, and the Saturn/Venus kerfuffle are going to incline her toward a negative self-image.  The Moon in Cancer is very weepy and down on herself, and gets into her cups.

So the key is to play with the idea that you are valuable, that you are worthy of love and respect, and that stability is available for you.  Any sort of major fixed star contact — especially a dark one like Antares — demands the highest integrity, the strongest Neptune.  The challenge for Sandy here is to keep her Moon from going to the dark side, so that she can use her imagination and intuition (those are actually the same thing, hint hint) to find her way to a better life.  But this isn’t going to be about making a plan and executing it.

My recommendation for Sandy is to begin thinking about her Moon and Neptune as the strengths she can best rely on.  Begin “flying blind” in your life, going on your gut instead of your plans, or relying on other people.  Stay right in your moment feeling your truth, as Neptune broadcasts it to the fluids in your body by way of the Moon.  You must become mistress of your moods and feelings, and most of all your imaguition.  That’s the Moon and Neptune together, imaguition.  It’s the most powerful weapon in your arsenal, don’t take it lightly!

3 thoughts on “The Basics, Astrosplained: The Moon and Neptune”