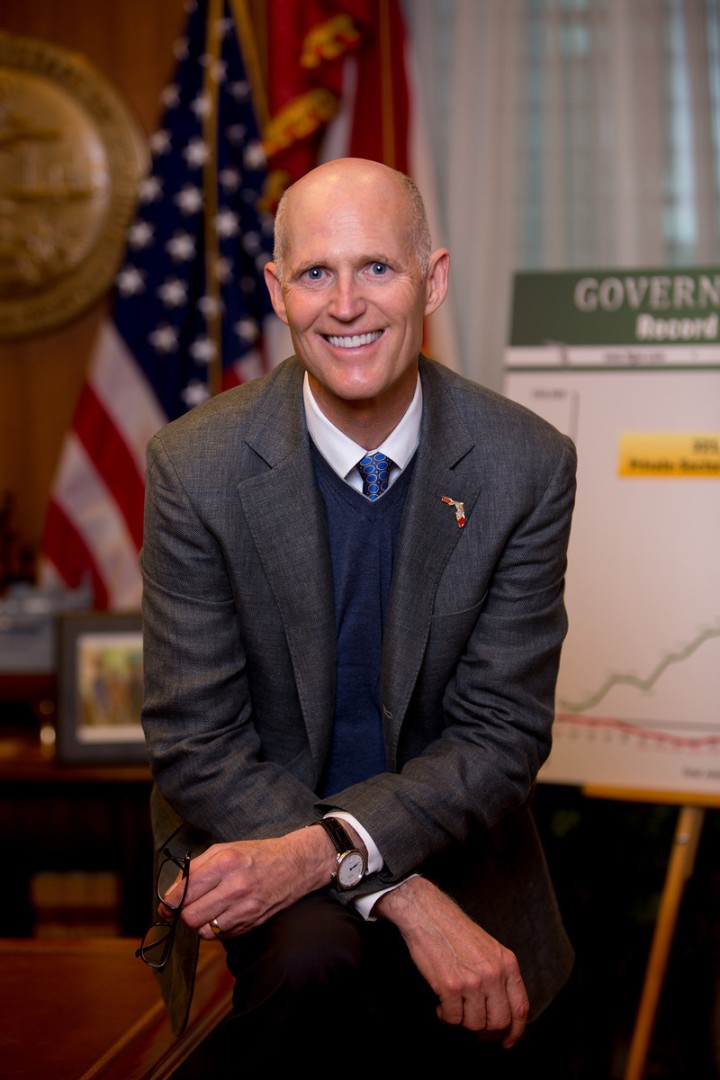 Rick Scott has been around a long time.  I’m sure he doesn’t sleep in a vat of dead babies, I can confidently say he has never done that no matter how his face looks.  I’ve been mulling over how to draw Rick Scott, and I come up with something like the Human Centipede, or maybe a terrifyingly slimy version of a solitary tunicate.

A glance at his Wikipedia page shows a guy who never stops thinking about ways to make money.  So I expect to see busted Neptune (because of the whole Medicare fraud thing, as well as lots of ridiculous things I’ve heard him say over the years) and a strong Saturn.  It’s a Saturn double-whammy of (a) money and (b) authority.  The first time he caught my attention was about his idea of drug testing welfare recipients.  From the Wikipedia page:

In June 2011, Scott signed a bill requiring those seeking welfare under the federal Temporary Assistance for Needy Families program to submit to drug screenings. Applicants who fail a drug test may name another person to receive benefits for their children.[86]

In an interview with CNN host Don Lemon, Scott said, “Studies show that people that are on welfare are higher users of drugs than people not on welfare” and “the bottom line is, if they’re not using drugs, it’s not an issue”. PolitiFact said this comment was “half true”. Government researchers in 1999–2000 reported “that 9.6 percent of people in families receiving some type of government assistance reported recent drug use, compared to 6.8 percent among people in families receiving no government assistance at all.”[87]

Preliminary figures from Florida’s program showed that 2.5% of applicants tested positive for drugs, with 2% declining to take the test, while the Justice Department estimated that around 6% of Americans use drugs overall.[88] The law was declared unconstitutional, with the United States Court of Appeals for the Eleventh Circuit upholding that ruling in December 2014.[89] The Scott administration declined to appeal the decision to the US Supreme Court.

I’m sure you’ll be shocked to learn that a company owned by Scott’s wife would have coincidentally been doing a lot of that mandatory drug testing.  SWEET!

Trevor Noah recently ran a supercut of Rick Scott declining to reinstate the civil rights of felons who had served their time.  This is something only done in Florida, as far as I know.   This should tell you a lot about who Rick Scott is.  Again, I expect to see a strong Saturn in someone so perfectly comfortable arbitrating how others may live.  It’s both with him, the love of money and the love of authority. 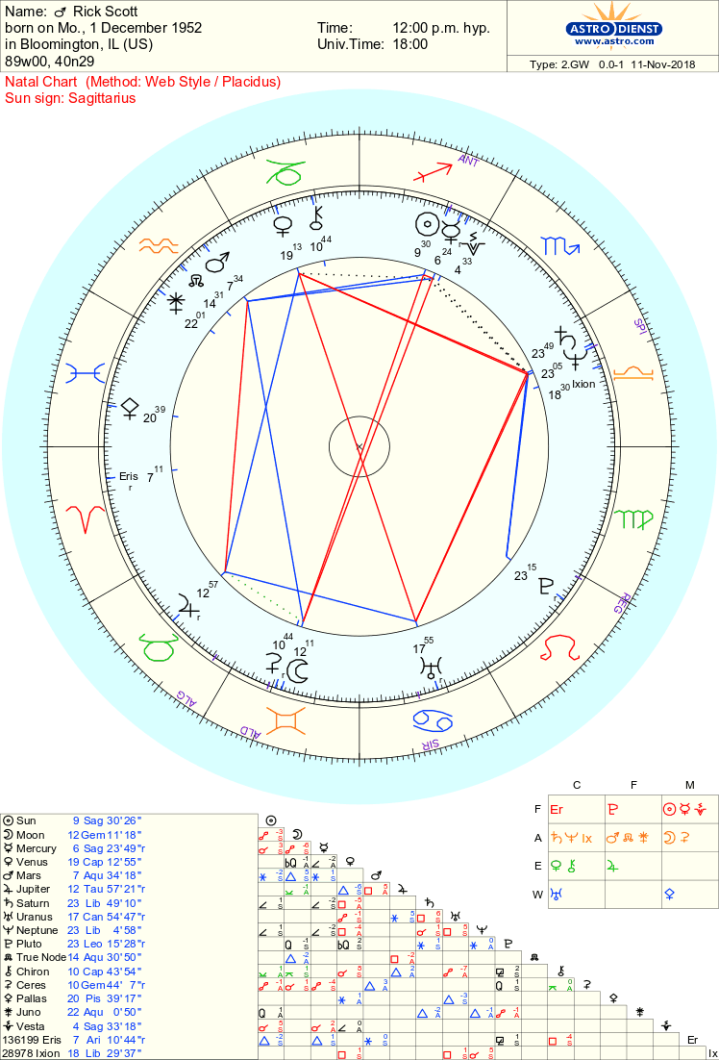 (Although Aldebaran can be so much more, I know.  The Archangel Michael/Aldebaran theme is clear in my own life, and whenever there’s an Antares theme.  Aldebaran is really a much larger idea than perhaps I’ve made it out to be, about being able to access higher-level guidance.  Bashar has described it as “the department of archetypes.”)

So ciao for now, kids.  Off to hit this backlog.