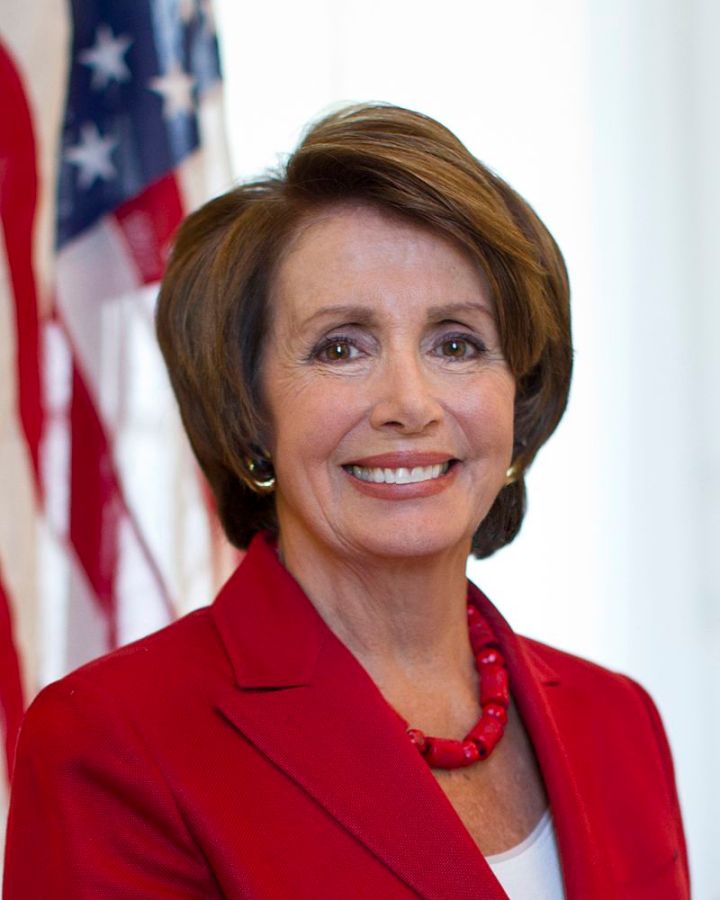 I finally fleshed out my chart of Alexandria Ocasio-Cortez.  I looked back at my initial notes and saw that I really whizzed through it.

No surprise that Alexandria Ocasio-Cortez would show up on literally day one to stand with protesters at Nancy Pelosi’s office.  I saw some centrist Democrats sneering about that, like being on a committee is the only way to have any real power in congress, way to shoot yourself in the foot on Day 1 by antagonizing Queen Nancy who does the committee assignments.  It’s the old, if you shoot at the Queen, you need to kill her.   But Alexandria already said she wasn’t trying to get on any committees.  Like Nancy, Alexandria is a Mars-Venus girl, come to rouse people to action.  She’s here to storm the gates.

So that’s what I’m looking at in these two charts.  I don’t hate Nancy.  But her sense of entitlement to continue the same old shit just slaps me in the soul.  She needs to retire IMHO, along with Dianne, Chuck, Steny, and really a bunch of them.   Note before we begin that Alexandria has Mars combust, and her whole chart is a pile of T-squares.  It’s all very well balanced, but these are both extremely aggressive, high-energy women.  Venus and Mars are prominent in both charts.  I can only imagine how much they dislike each other. 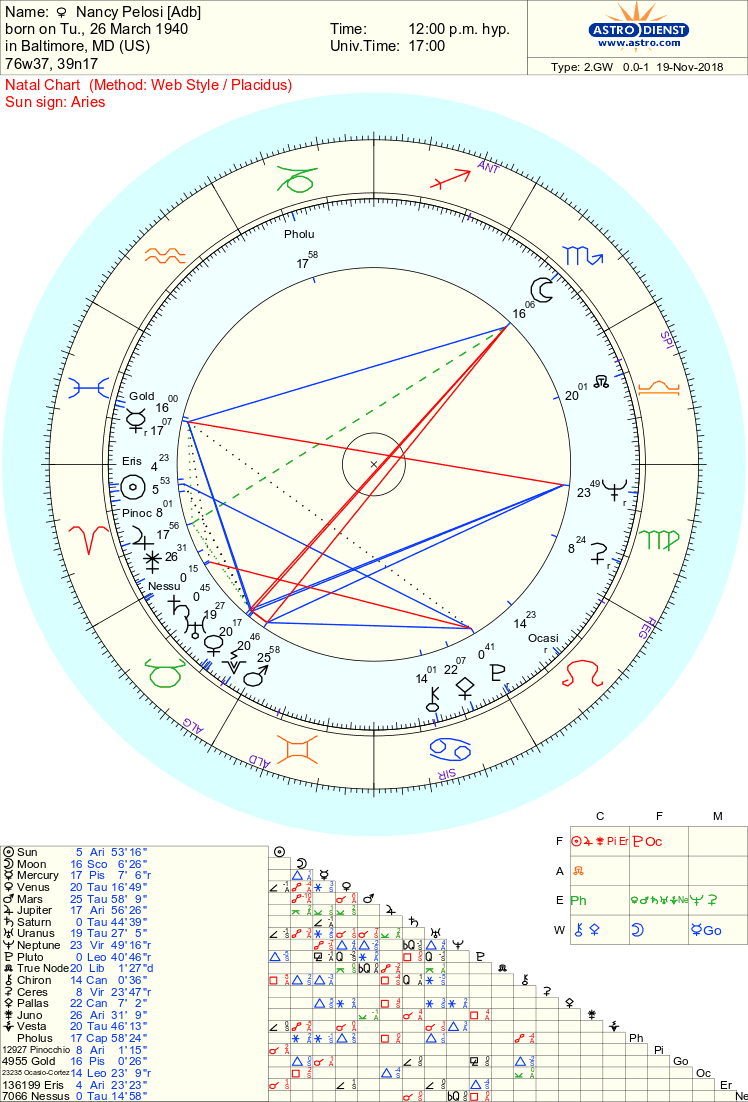 Of course that’s true of the Republicans.  But if she were responsive to the left wing of this country, Alexandria Ocasio-Cortez would be fighting FOR her, not against her.  Nancy would be the revered queen of feminism that Venus in Taurus so desperately needs to be.  The thing with Venus — especially in spoiled, lazy Taurus — without you, she’s nothing.  Melania Trump with a fat ass and an ugly face, aka no rich husband, aka nothing at all.  As I said in the video, I don’t hate Nancy, or for that matter Hillary.  But I’m really sick of them and the whole gang.

Lastly,  to get done with both of these two women and move on to other things, I do believe that Alexandria will feel the pain of having crossed Nancy, in terms of her congressional career.  However Alexandria probably has a very different vision of what she wants for herself.  I don’t think Nancy really knows how to hurt her, in terms of what Alexandria really cares about.   I’m sure Nancy doesn’t get how painful it is for the rest of us to live in her world while being told she’s doing what’s best for us.  I think Alexandria will ultimately win the war.  She delivered the memo that the barbarians are at the gate.  The two women are comparable in leadership and they both have clanking balls.  It will be interesting to see if Alexandria has strong enough Neptune/integrity to make something good of her Seginus contact, or withstand being caught up in someone else’s scandals as I suspect she will be.  I’m curious what Seginus does in its positive role.  I do think she has strong integrity, surely much better than Nancy’s.  Make some popcorn, kids.  This is going to be a wild ride to 2020.